The development of the duck- and geese-market started around 1980, at the same time as the consumption in the french households was diversifying.

France is now the first producer of duck meat in Europe and the second producer worldwide :

ORVIA is the most important supplier of day-old ducklings for meat production and parentstocks for the duck meat and the fat liver production industry in France (20 000 tons of fat liver per year).

Historical background :
The first hatching activity started in 1976 when the company

« COUVOIR DE LA SEIGNEURTIERE » was created. The production and the commercialization of different birds : ducks, chicken, turkeys, and hatching eggs of these animals, was growing steadily.

In 1990, the aquisition of the hatchery FRANCE CANARD allowed to increase the muscovy production and to include the selection and production of white and grey geese.

The group Gourmaud became a new identity in 2006 with the brand name « ORVIA ».

Since 2009 the group ORVIA got three new hatcheries and a second selection center, the company SEPALM. 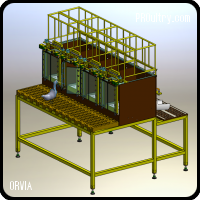 The AUTO CONFORT NEST is a technical innovation for animal welfare.
This new breeding equipment dedicated to waterfowl selection (muscovy and pekin female ducks) is a new generation nest.
It allows simultaneously: 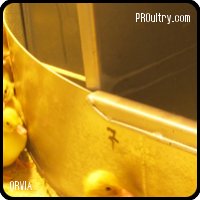 Recommend this company to a friend